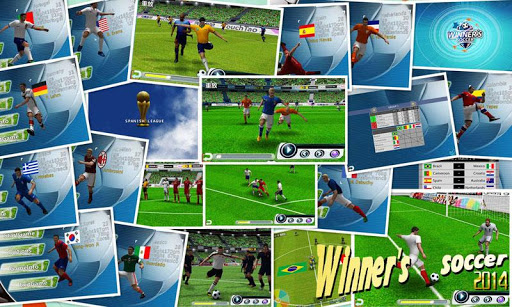 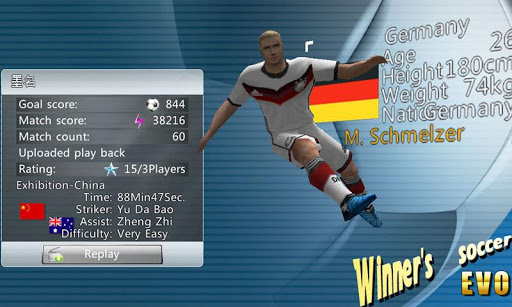 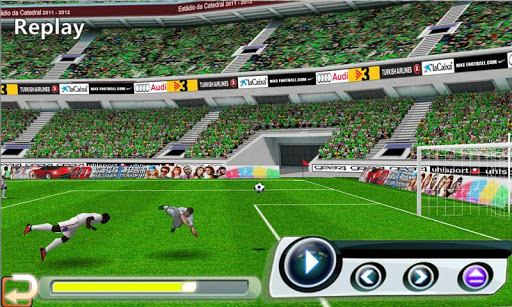 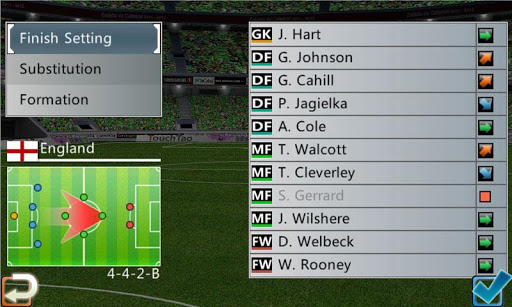 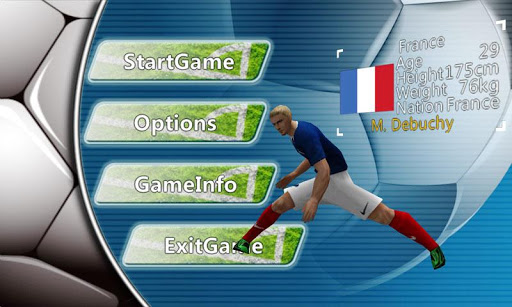 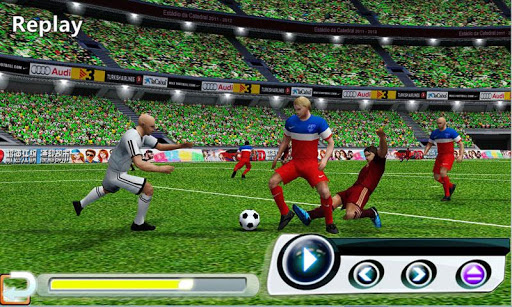 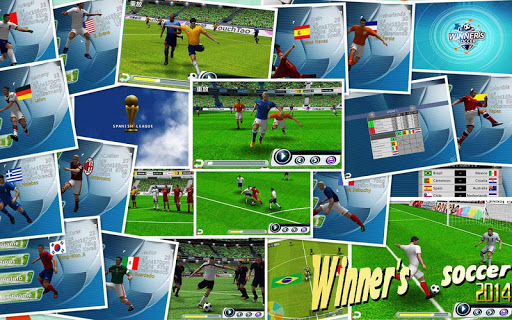 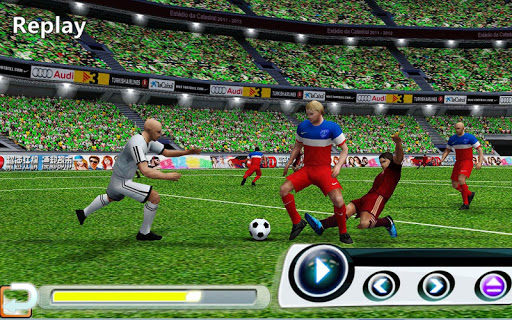 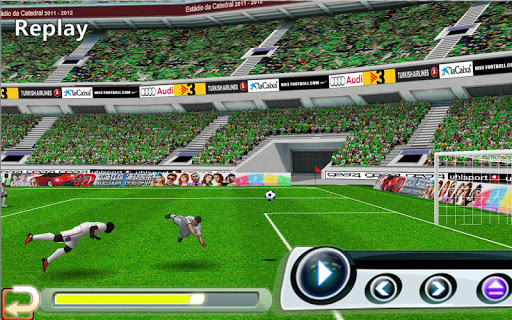 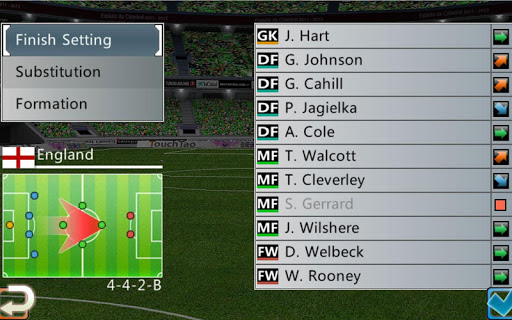 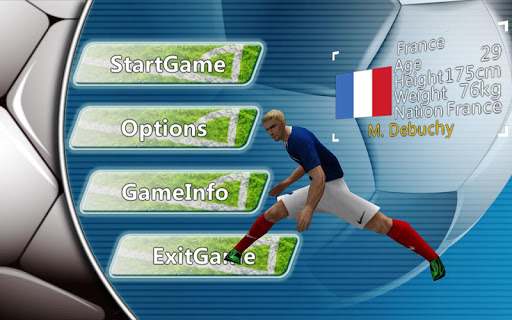 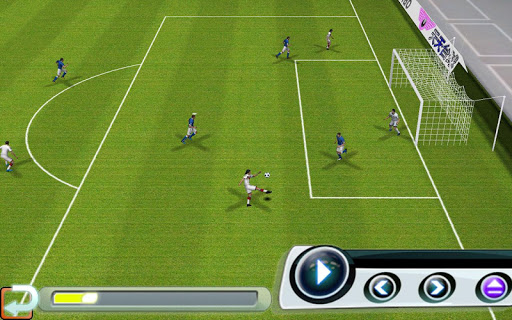 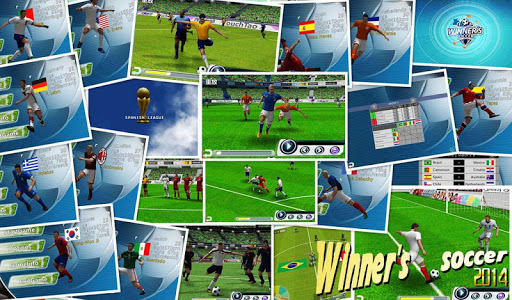 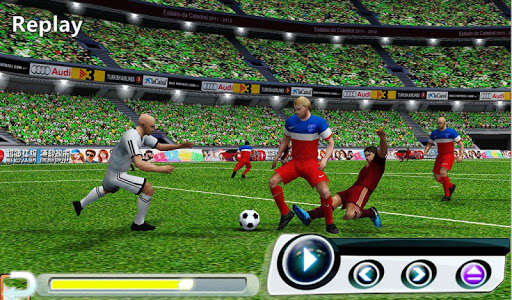 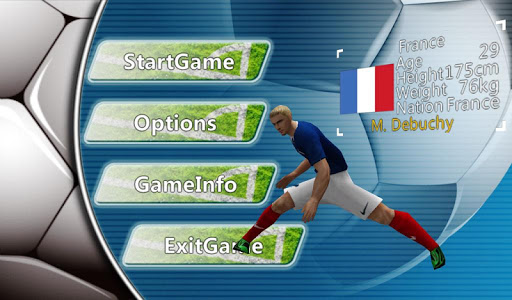 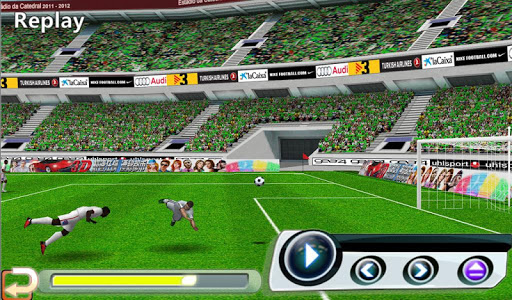 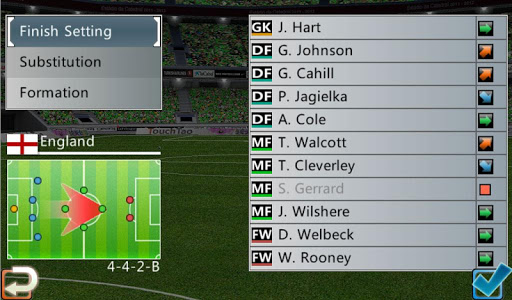 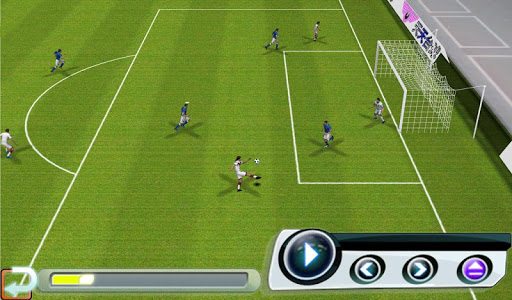 Winner’s Soccer Evolution is a real 3D competitive football game. It includes the teams and the latest football players’ data of 2014 World Cup. There are various modes for you to select, such as Cup, League Match and Friendly Match. It has up to 126 teams and 2600 players. Smooth actions and playback function let you feel like you actually in the game.

1．Game Modes
This game has various modes, including Cup (World Cup, Club Cup), League Match (Premier League, Lega Serie A, La Liga and CSL), Friendly Match and Penalty Shootout. It also has a training mode for you to train skills of your team, dividing into Primary, Medium and Advanced.

Friendly Match Mode: You can select 2 teams from 62 club teams to compete or shoot penalty.

Cup Mode: You can select your favorite team from 64 national teams to participate the World Cup.

League Mode, You can select one team from Britain, Italy, Spain or China to compete for championship.

Training Mode: You can select a team to perfect its operation skills.

2. Various Operation Skills
This game provides two kinds of operation modes. You can choose the most suitable one. (You can change mode in Options under Menu or tap button || to activate Menu in game.)

You can read Control Method in Help of Options under Menu.

Long Pass: Press Power Accumulate and pass the ball to a mate of appropriate distance after release. Let controller slide tackle when defend.

Shoot: Make different shooting actions according to Power Accumulate and the distance between player and ball.

Special Dribble: Including many special dribble actions: Marsille roulette, Step over, Step over and Pull back.

Automatic combination skills:
Through Pass: Pass ball to catcher according to Power Accumulate.

Long through Pass: Pass ball to catcher with Long Pass according to Power Accumulate.

Fake Shoot and Fake Long pass: Pressing Short Pass when (or after) Shoot or Power Accumulate will cancel shoot or long pass. They are used to dribble past opponent Defenders or GK.